Thirsting for surf on land? Surfers rejoice; the Hamboards has rebirthed the sport. Through superior engineering, each perfectly designed street surfboard recreates the sensation of surfing real waves – but on the pavement. Pump, carve, and thrash to your hearts content on a Hamboards street surfer.

The Hands Behind Hamboards

On days when the surf was flat or blown over, Peter Hamborg, a surfing fireman and father to five sons, wanted to teach his boys how to surf with skateboards. Nothing he could buy felt quite right.  From 1997 on, he tinkered with components he could find locally and shaped his own decks in the garage, to limited success.

One day, a happy accident – the family wagon crushed an early prototype – revealed the secret: much more board lean. Through that revelation, Peter Hamborg’s skateboards became “Hamboards,” and he found himself reluctantly running an internationally-known “shaper shop” out of his garage in Huntington Beach, California.  He often joked that he was ... “changing the world, one really long skateboard at a time.”

The current Hamboards company was born in 2012 through the hard work of Pete and his cousin Donnie. The brand blew up. Surfers loved how the Hamboard simulated longboarding. Deciding to focus on his growing brood of grandkids, Pete left Hamboards in 2016, entrusting the company in Donnie’s capable hands.

Don Sandusky joined the Hamboards team in 2012, bringing a wealth of engineering and sports equipment expertise. A former NASA and DuPont Ph. D. engineer, with nine patents under his belt, Don was ready to pump his knowledge and expertise into the fledgling business. Because he knew they would make great TV, one late night he sent an email to an ABC producer to appear on a TV show for entrepreneurs seeking investments.

In late 2013, their Shark Tank airing clinched it: Hamboards introduced rail-to-rail skating straight into living rooms around the world and positioned it as the primo brand for surfing and skateboard enthusiasts. But the nascent business was nowhere near ready for that kind of exposure; it laid bare every vulnerability. Since 2014, Hamboards has been growing capabilities as a sports equipment manufacturing business, an online retail shop, and a media production company… all at once! Don knew he needed a partner with the soul of a surfer, and after years of searching, he found Abraham Paskowitz. The connection was instant.

Dorian’s truly remarkable life’s philosophy revolved around freedom, wisdom, and surfing. He would say, “Abraham, this is where you’ll discover your true self.” “Follow your heart.”

Doc was obsessed with immersing the family in surfing. Abraham spent his summers since 1970 as a surf instructor at the first surfing school in America, the Paskowitz Surf School, founded by his father.

Searching all over for the Holy Grail of surf training experiences, Abraham found Hamboards and was transformed. Years of innovation and brilliance resulted in this truly one-of-a-kind experience. He just had to jump onboard and become a part of the revolution – he joined the company in 2020 and Abra-ham became the new “ham” of Hamboards.

When their powers combined, Hamboards became the premium long skateboards that cruise rail-to-rail like a surfboard.

For experienced surfer pros or newbies to the sport, street surfing is the perfect companion to surf training. In fact, Doc Paskowitz, Abraham’s father, learned that skateboards could help hone his family’s surfing skills while they travelled coast to coast and didn’t have access to the ocean. This is because each wave on the water is unique, which makes practicing the same motions several times in a row nearly impossible. Hamboards land training enables consistent repetition of movement to develop the muscle memory necessary for surfing.

Elite surfer Cory Lopez is a super fan. He attests, “Hamboards has created the best platform to learn surfing while on land.”

Today, Hamboards and its patented HST carving truck stands alone as the only true rail-to-rail surfing simulator. The Hamboard carving trucks are stable when cruising (in neutral) but can instantly make deep gouging (30 degree) carves, with rail-to-rail engagement, so that you can truly trim and turn on a dime.

Unleash the beach with Hamboards. 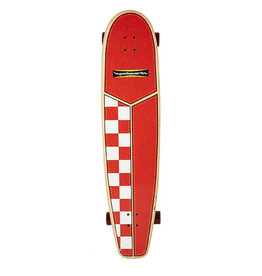 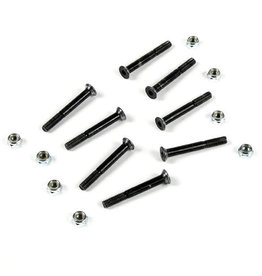 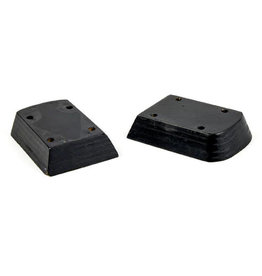 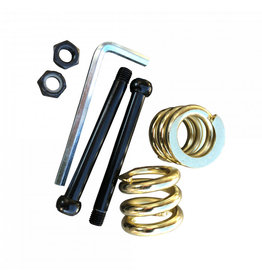 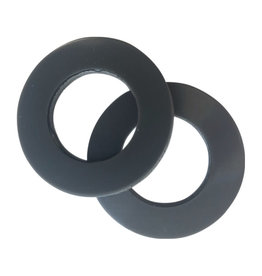 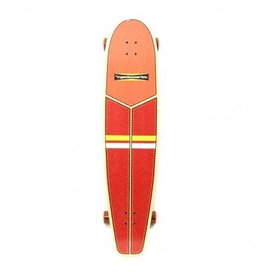