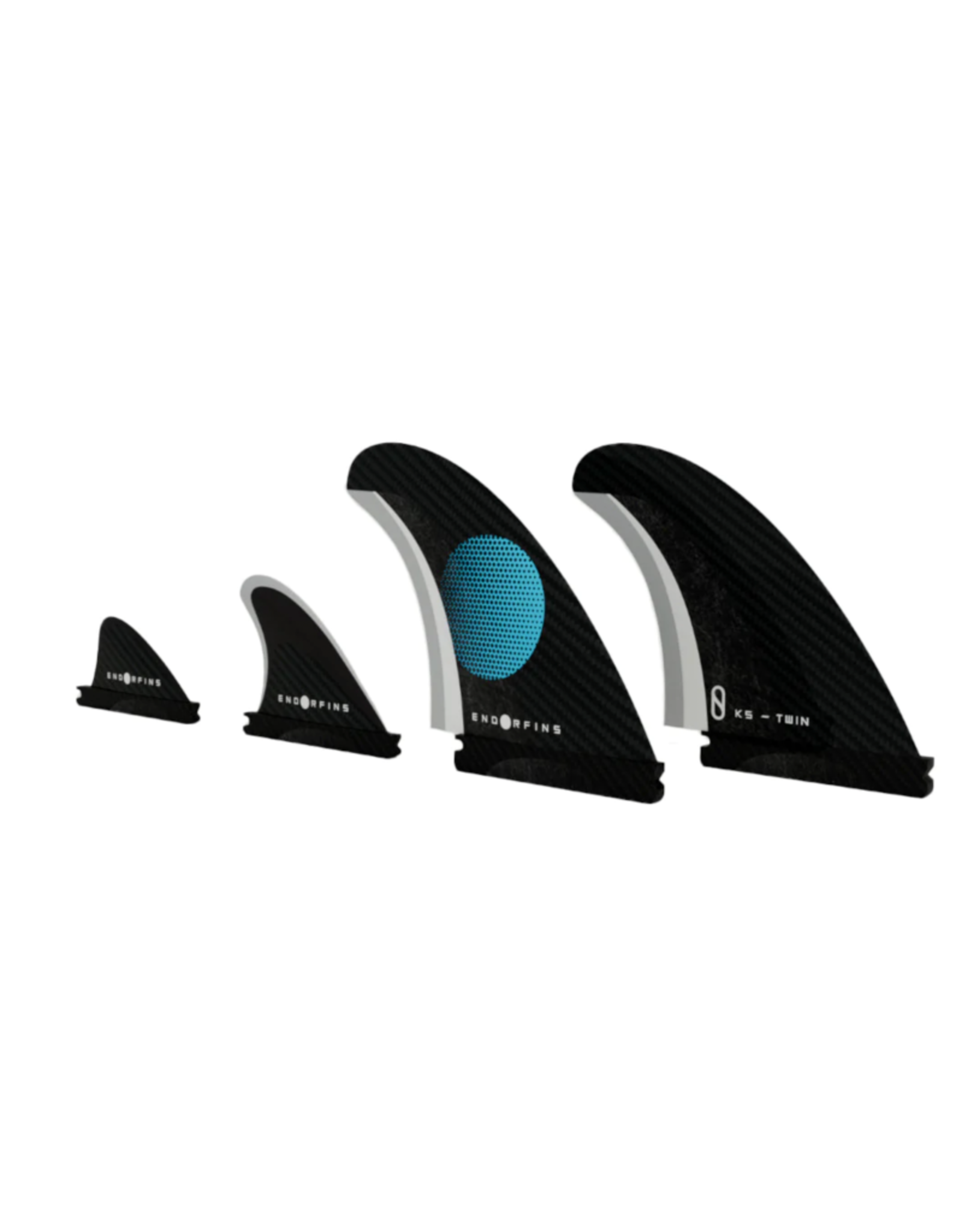 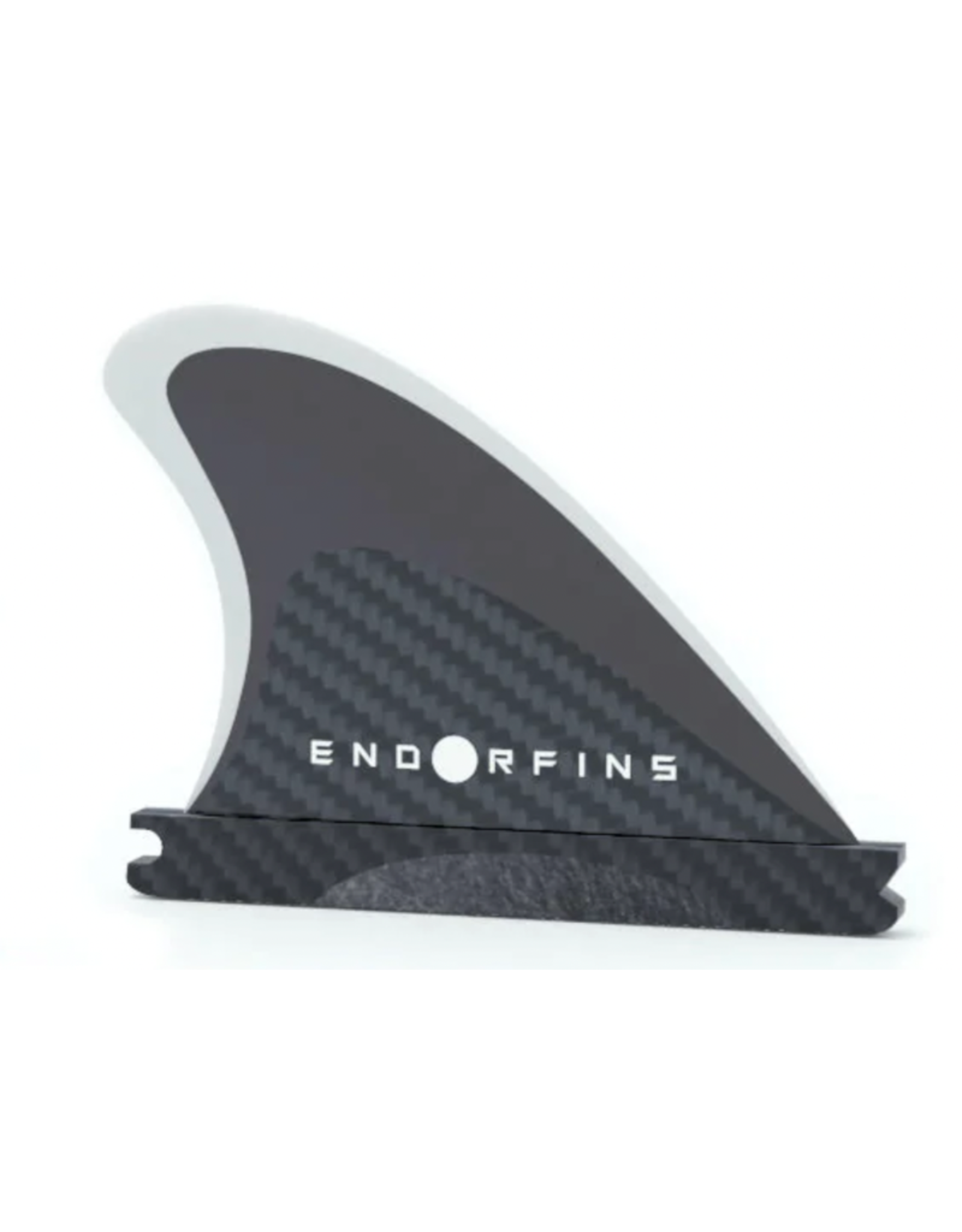 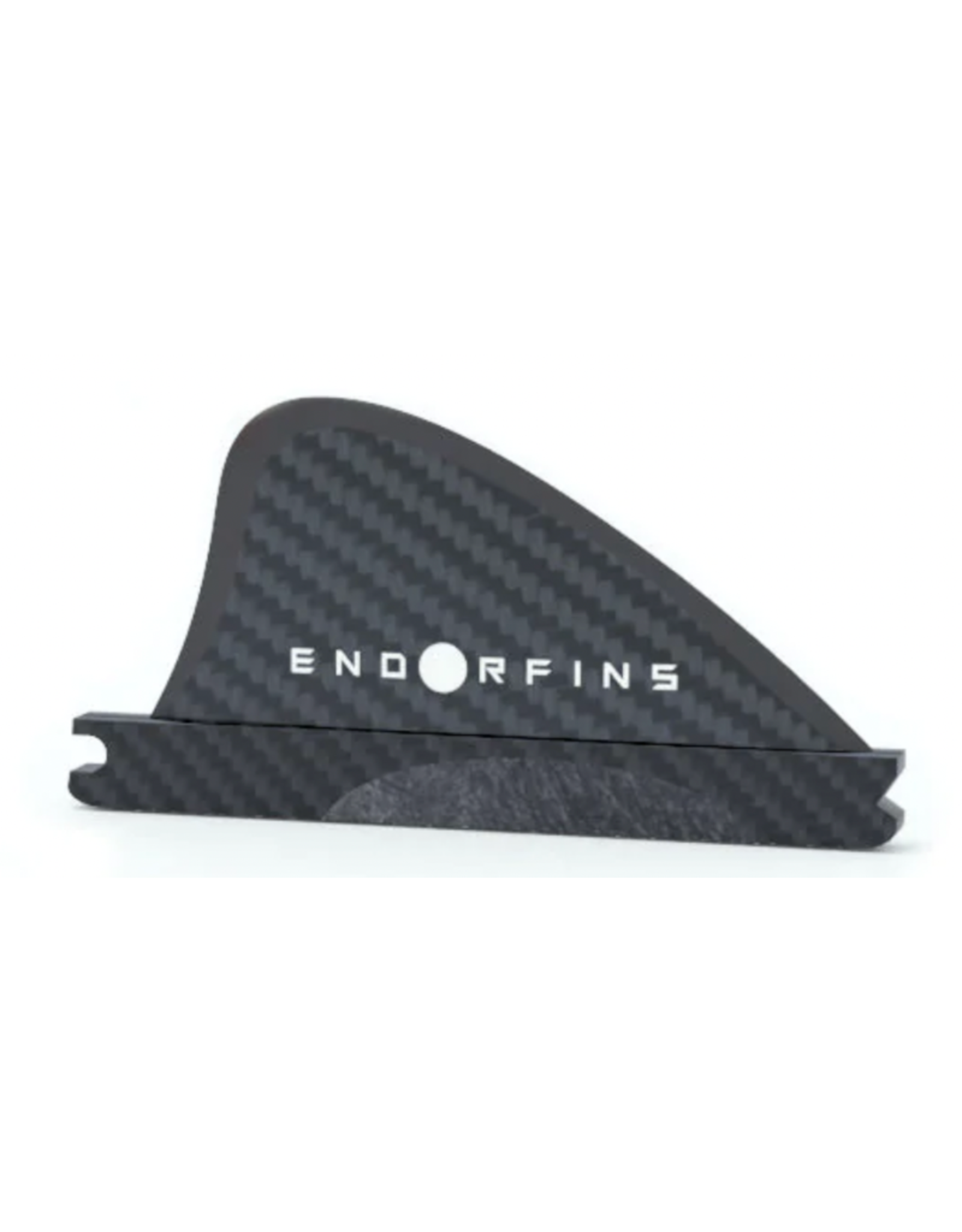 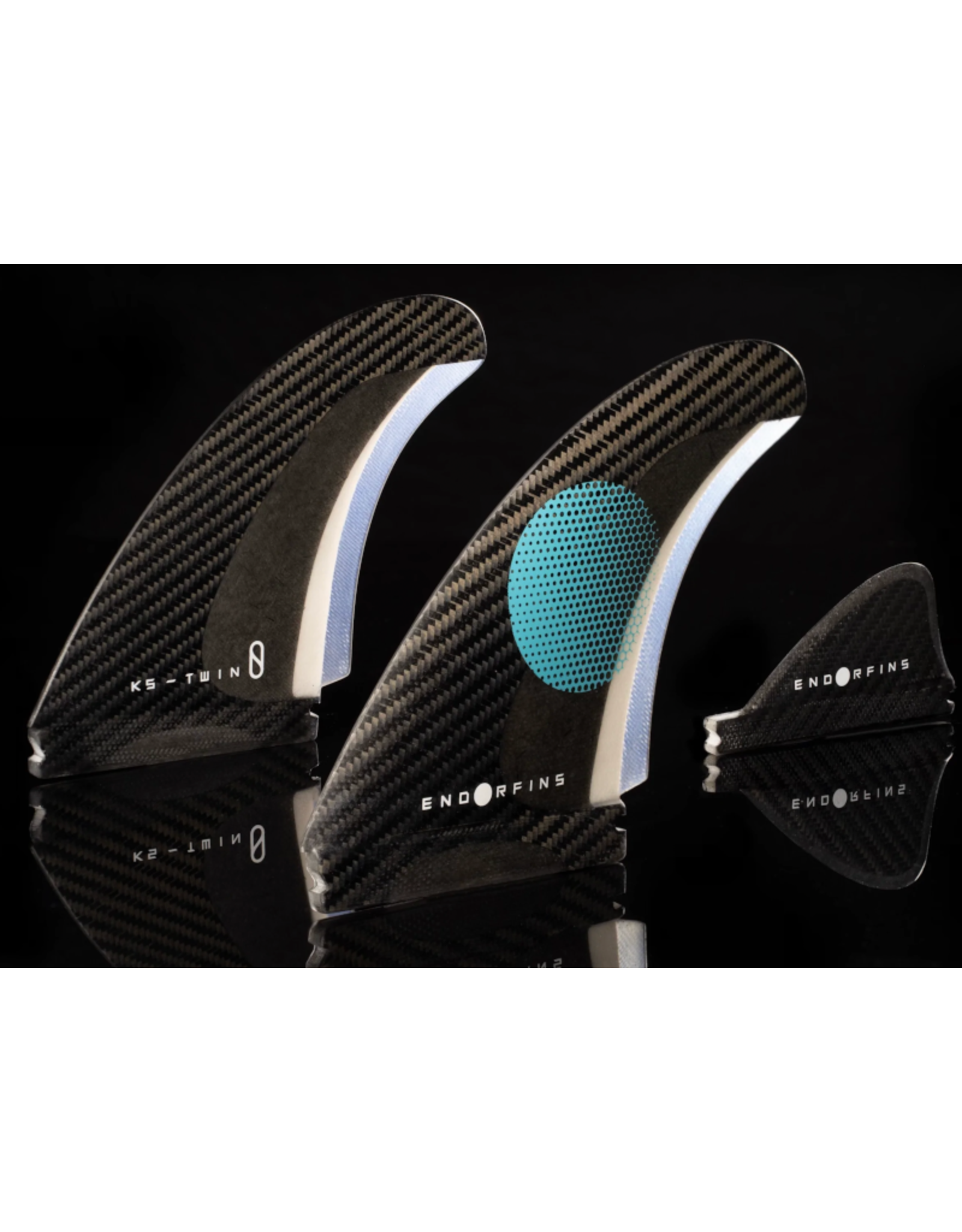 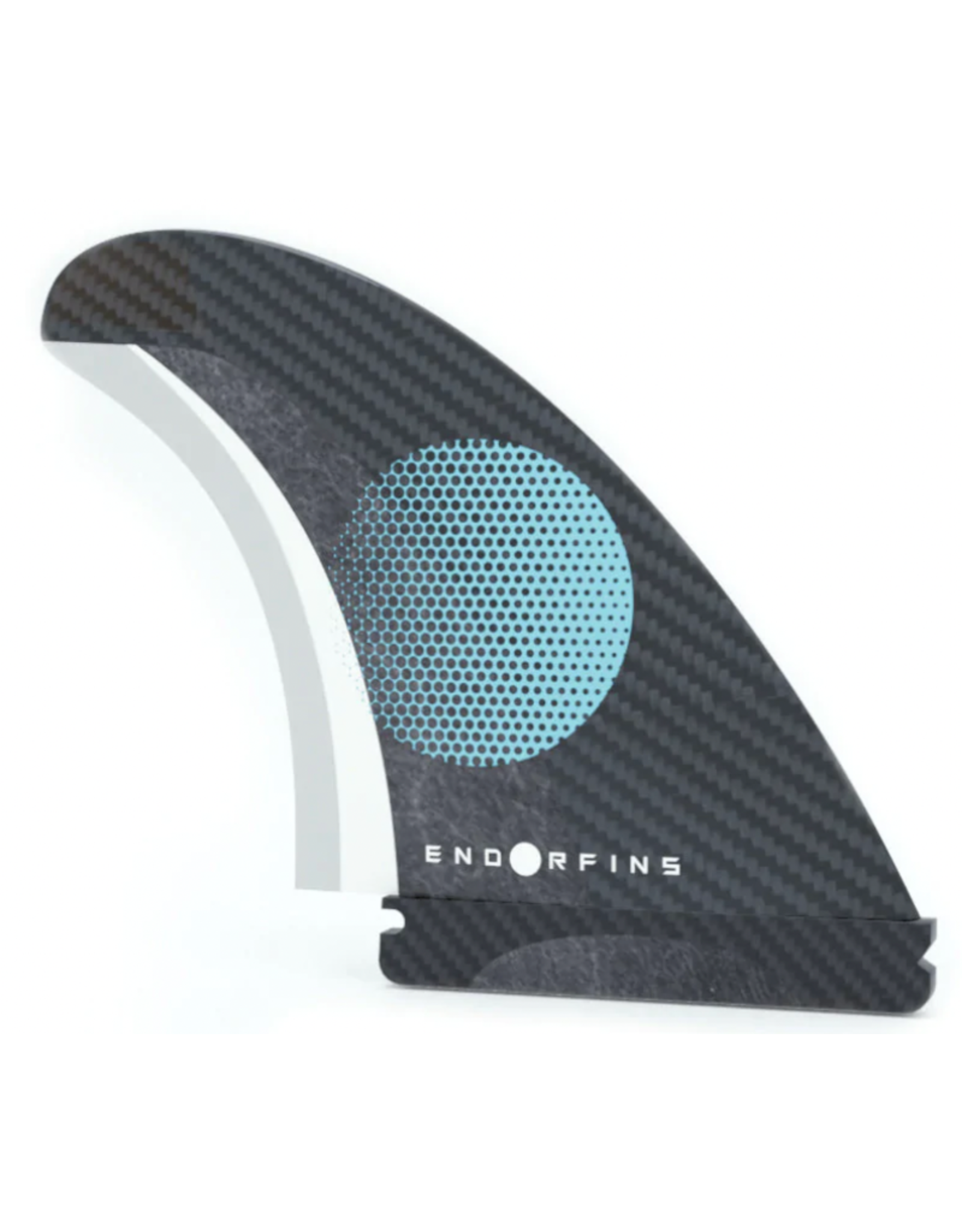 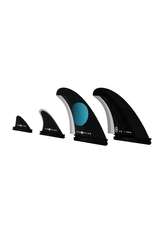 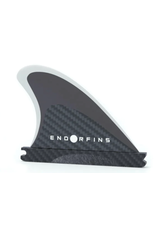 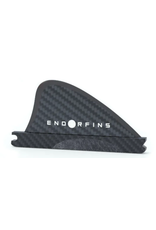 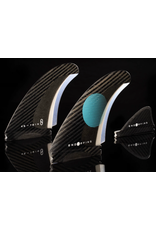 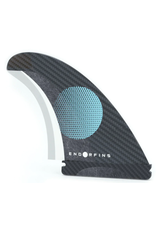 The ‘Twin + 2’ is Kelly Slater’s latest addition to his ENDORFINS fin line – a Twin Fin set packaged with two separate trailing options for the thruster box.

From Kelly: “I started surfing on twin fins and obviously as surfing transitioned in the early 80’s to thrusters, I went along with it. Over the years I have dabbled in twin fins, but only recently have I spent much time really refining board and fin designs for a performance twin. This fin design is what I settled on while wanting tight, in the pocket surfing and not the feeling of having too much fin.”

Setting this self-designed Twin Fin / Trailer combination apart from others in Kelly’s history is optionality - the two twin fins come packaged with two separate trailer options; the larger ‘Stabilizer’ trailer enables more drive and hold while the smaller ‘Guitar Pick’ trailer creates a freer experience, with less directional drive and more slide, second only to the uninhibited lateral freedom of surfing the Twin + 2 as a pure Twin Fin.

Each trailer option can also be used together with any other fin set, for example the Stabilizer or Guitar Pick can be used in the thruster box of the KS1 Quad set.

Regarding the Twin + 2 template shape and size, Kelly says he believes in “The smaller the wave, the larger the fin theory” describing the way that small wave surfing benefits from larger fins with high surface area, but as a fin designer, he’s also mindful of all-around performance, continuing that: “I wanted something that would also handle higher speed waves. This template provides me the best of both worlds, being enough in a small, flat wave (especially with the hybrid thruster trailing fin options) and not too much fin at higher speeds.”

The Twin Plus Two is at surf shops and online stores globally, and listening to Kelly, it sounds like this fin set will be an increasingly important part of his fin quiver in coming years.

“Twin fin surfing requires a different approach to using the rail and pushing or holding back a touch on your turns and I believe it’s an essential board design for everyone’s quiver. I foresee myself spending more time in the remaining years of my surfing riding twin fins than traditional performance boards and it makes me excited for small wave surfing more than I’ve felt in years. “ 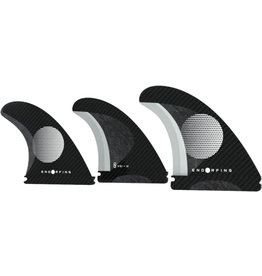 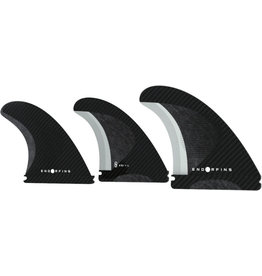 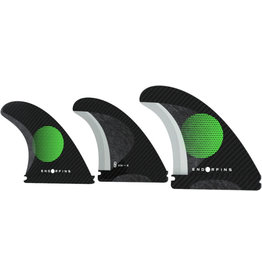