Bill Stewart, better known as “Kentucky’s Greatest Surfer”, was born in Bowling Green KY in 1951. By age 2, his family had relocated to South Florida. It wasn’t until the summer of 1964 at age of 12, that he caught the surfing bug. Bill was at the beach with his best friend Bookie. Bookie’s dad was a local surfer and had let the kids go out on his surfboard. After a few attempts Bill stood up on his first wave and rode it all the way to the beach. He was instantly hooked! He went on and spent that whole summer mowing lawns to earn the money to buy his first board which was a 9’2″ Hobie.

Always creatively inclined, Bill excelled in his high school art classes, but once school let out, he lived to surf. After he graduated from high school, he bought a 1963 Ford van for 500 bucks and split for California. He landed in Encinitas and quickly became a regular at Swamis. Just about everyday you’d find Bill carving the point on his 5’6″ favorite Plastic Fantastic twin fin. Surfing his way north up the coast, he eventually ended at his dream location, San Clemente. It was there he got his first job at a surfboard factory. He paid his dues polishing & sanding boards while learning everything he could about shaping. While painting, shaping and riding for Rick James, BIll’s airbrushing skills caught the attention of Ocean Pacific and he was hired to airbrush for them. After painting hundreds of boards for OP, he was hired by South Shore, and then Hobie for his unique airbrushing and shaping abilities. Though he was working hard crafting surfboards, he still surfed competitively and had great success at the Pro level surfing for Hobie.

In 1978, Bill started his own label “Stewart Surfboards” and opened the first shop in Laguna Beach. By himself, Bill hand painted, hand shaped, took orders, and sold airbrushed T-shirts & hats in his tiny Laguna Beach shop. Marrying his lovely bride Christy, and becoming the father of a son and daughter were events that sparked a new found determination and work ethic in his business and the craft of board building. As his notoriety in the surfing world grew, he put together a surf team that at the time included names like Mike Parsons, Pat Allen, Shane & Gavin Beschen.

It was in the mid 80’s when Bill’s inventive mind, came up with the idea that would be the one of the greatest achievements of his distinct surfboard designs. He was after a longboard that would go faster and turn harder than what current longboard designs were capable of. The result of that search was the beveled rail Hydro Hull that had a distinctive single to double concave bottom and a 2+1 fin setup. To this day, the Hydro hull is still a proven design standard for the modern longboard.

With the success of the Hydro Hull, Stewart Surfboards grew exponentially and Bill opened a larger shop in his favorite surf town of San Clemente. The shop has been at that same location for 28 + years. It’s just a short drive up the coast from San Onofre and Trestles.

“We are the Kings of Customs” Bill likes to say, and “Everyday we prove that by building the Best”. Bill has himself shaped over 40,000 boards in his career, and Stewart Surfboards has produced over 100,000 boards since the start of the company.

Bill Stewart – An Artist, Shaper, Inventor and Surfer with no stopping in sight. 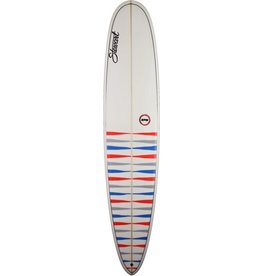 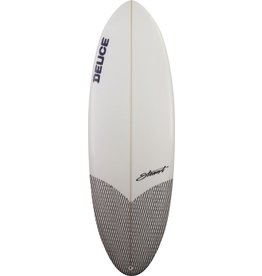